Hospitals are more likely to suffer costly penalties from the Centers for Medicare & Medicaid Services if they treat more dual-eligible seniors–patients on both Medicare and Medicaid, according to a new study.

Those hospitals are more likely to have their CMS payments cut–up to 3 percent by 2015–under the Hospital Readmission Reduction Program (HRRP), which is intended to reduce the number of pneumonia, heart attack or heart failure readmissions.

Researchers found hospital quality wasn’t generally to blame, but that the hospitals were in regions with fewer or lower quality primary care resources, increasing the likelihood of a patient getting readmitted within 30 days.

Of the hospitals in the highest quartile of dual shares, more than half had a negative total profit margins in the 2008 and 2009 fiscal years, compared with only 20 percent in the lowest quartile, according to the study.

Hospitals facing this dilemma may have limited options in trying to correct the problem, Koenig wrote in the study. He said one way to rectify the problem is if the government alters quality measures so hospitals can separately report different dual-eligibility readmission rates. This would allow HRRP to compare hospitals with similar dual-eligible levels and provide fair payments. CMS could also provide payment for a single bout of care covering the index inpatient stay and then a second reduced payment for any readmissions within a fixed time period, comparing the hospital against itself, he wrote in the study.

In August, eight hospitals in Maine sued U.S. Department of Health & Human Services Secretary Kathleen Sebelius over a long-simmering dispute over payment calculations for dual-eligibility patients, FierceHealthcare previously reported. The hospitals claim they were told by a private Medicare contractor in 1997 to claim new visits of dual-eligible patients. The contractor later changed its position and in May 2005, it reduced some of the previous subsidies given to the hospitals and asked them to repay the difference. 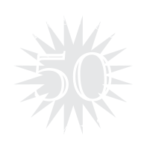